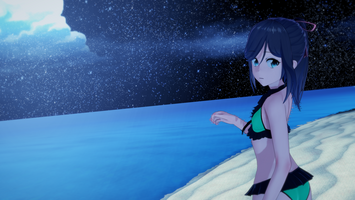 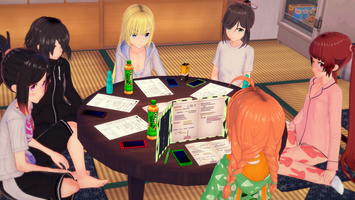 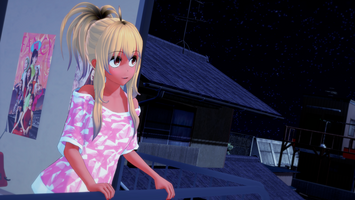 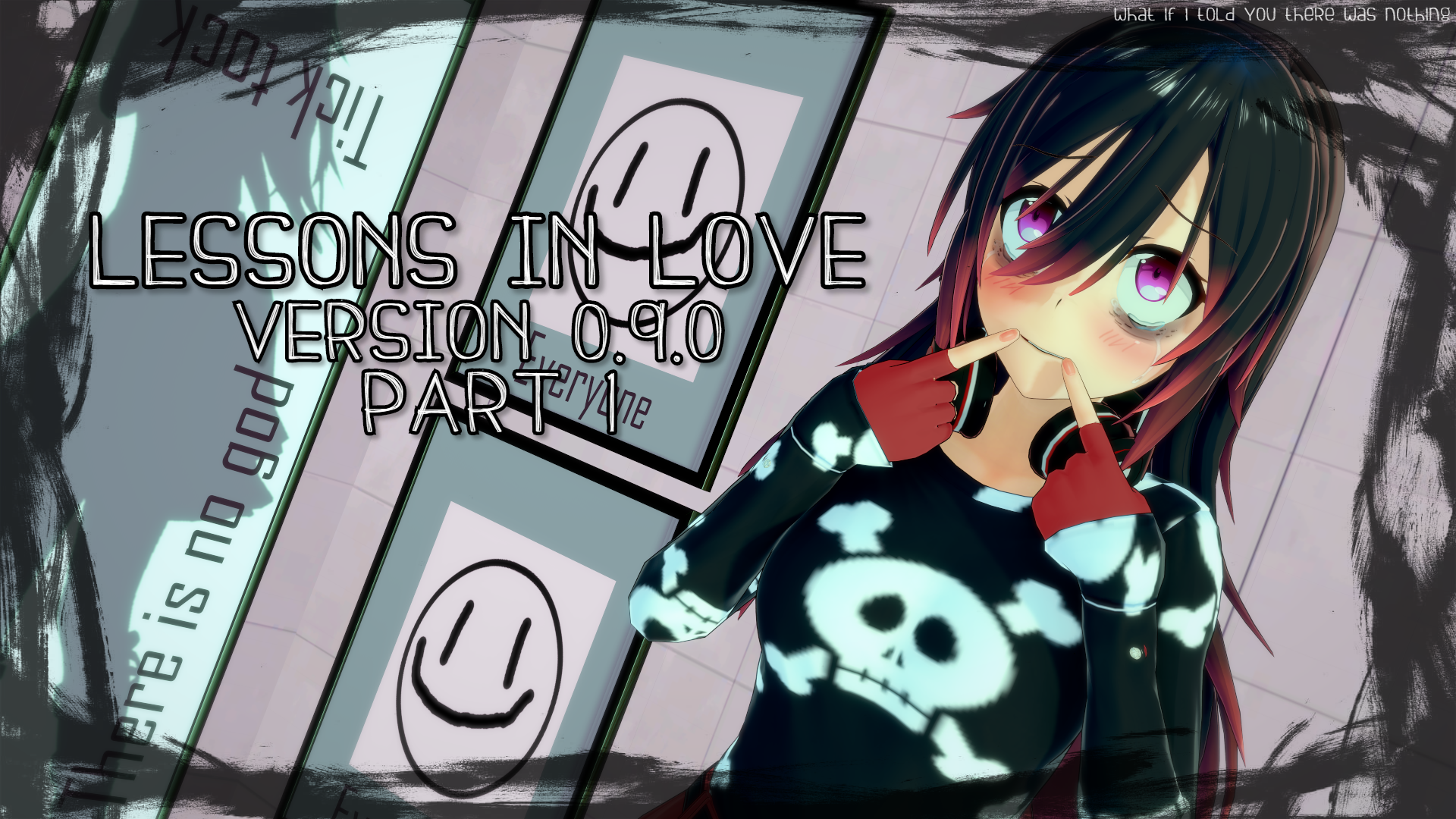 Announcement Part 1: Lessons in Love 0.9.0 Part 1 is now available to all $5+ patrons of the game! It contains 17 new events for characters like Rin, Yumi, Sana, and Maya as well as over 400 new images.

Friendly reminder that Patreon members will always be a full update ahead of the public, so now is the best possible time to join the class! 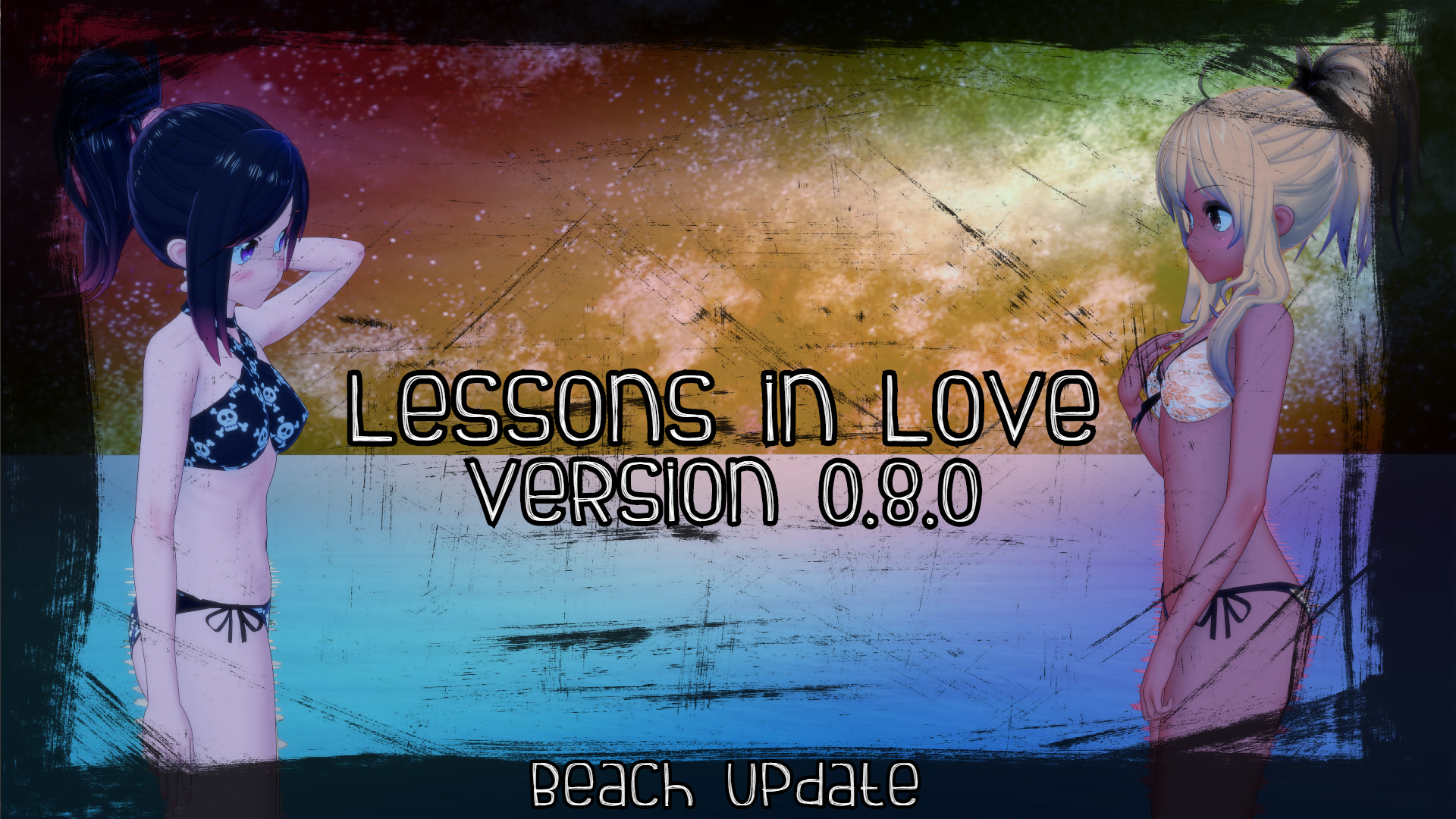 Announcement Part 2: Only want to play the public release? That's fine too! Lessons in Love 0.8.0 is now available to EVERYONE and is the FIRST EVER special update for the game. All 18 events will take place over the course of two days. Vacation will automatically trigger on a Saturday morning as long as you've seen every event required to activate it.

Downloads for each platform can be found on the game page!

Thanks as always for playing!

This is a horror game. There is going to be horror.

Oh HOPE... I'm not ready for that yet XD I finished 0.7 to it's full like a week ago? And since then I've been "recovering" from the intense investigation, weirdness and the overall bullshit that this game hands out for me (and that I love 'cause it is unique).

I've been playing Fall of the Apple, now I'm playing My New Family since Killer just released a new update... and I REALLY don't want to go back to Kumon-Mi right now... BUT the image with Maya and the one with Rin (which I can only guess what it is about considering the smiley over there... and I'm pretty sure that it isn't really Rin there and in reality is someone else) seduced me so... yeah. Time to go back to my nightmares and paranoid theorizing shit.

Molly became my favorite character, btw. And maybe for not-so-nice reasons. It's just that I got the feeling that every other character (excluding Maya because she's on a higher level story-wise) isn't meant to fall in love with... the experience that I had was: every time that I was starting to like X character, Hope or Another Maya (or 61 6D blablabla as you named her) jump right in to fuck up everything and tell me YOU'RE NOT SUPPOSED TO DO THIS, THIS ISN'T A FUCKING DATING SIM, YOU'RE GONNA DIE IF YA DON'T STAY ON THE TIPPY TOP OF YOUR TOES =D and y'know... I just go back to my super paranoid detective mode ^^" (remember when I asked you about the lust points thingy, NoStyle? That was because I was so paranoid and so focused on the story that I forgot that there were NSFW things that I could and should explore... ^^" and this means that you're doing a great job on this department, don't get me wrong!)

The only characters that didn't give me this feeling were Yumi because I hate her with all my heart and soul, she pretty much became just an asset to my investigations. Tsuneyo because she just go into the game so no reason to judge her (yet) and Molly because, even though being in the same situation of Tsuneyo, she was such a funny character, made funny jokes especially the "fourth wall" ones about elements of the game itself that I just started to feel... safe around her? Yeah, I guess safe is the right word.

I GUESS that I'm assembling a good theory about the game but I need to get other elements and leads first, like the thing with the nicknames and trying different stuff like not doing a certain thing with Yumi during a certain moment, if you know what I mean. After I'm done with 0.8 I'll probably just start a whole new safe and go on with this plan. And then, if I still have sanity left, I will put all eggs in one basket and finish my theory.

All in all, the game is good, I could talk about some other elements but then I would sound too negative about the game itself and I would probably have wrong view on them, 'cause by the end of 0.7 content I got the weird feeling that you made the game like that because it is connected directly or indirectly to the story. Just keep doing what you're doing, your game is unique at least compared to any other game that I've played, the only other game that I played with psychological (and literal) horror as an element was Ruin Me but I gave up on it because it didn't give me the motivation to keep playing. So we can say that Lessons in Love is pretty much the first game that I play with the aforementioned elements. Keep up the great work (and please bring some wholesomeness in the next updates to heal my sanity for f's sake... ;-;)