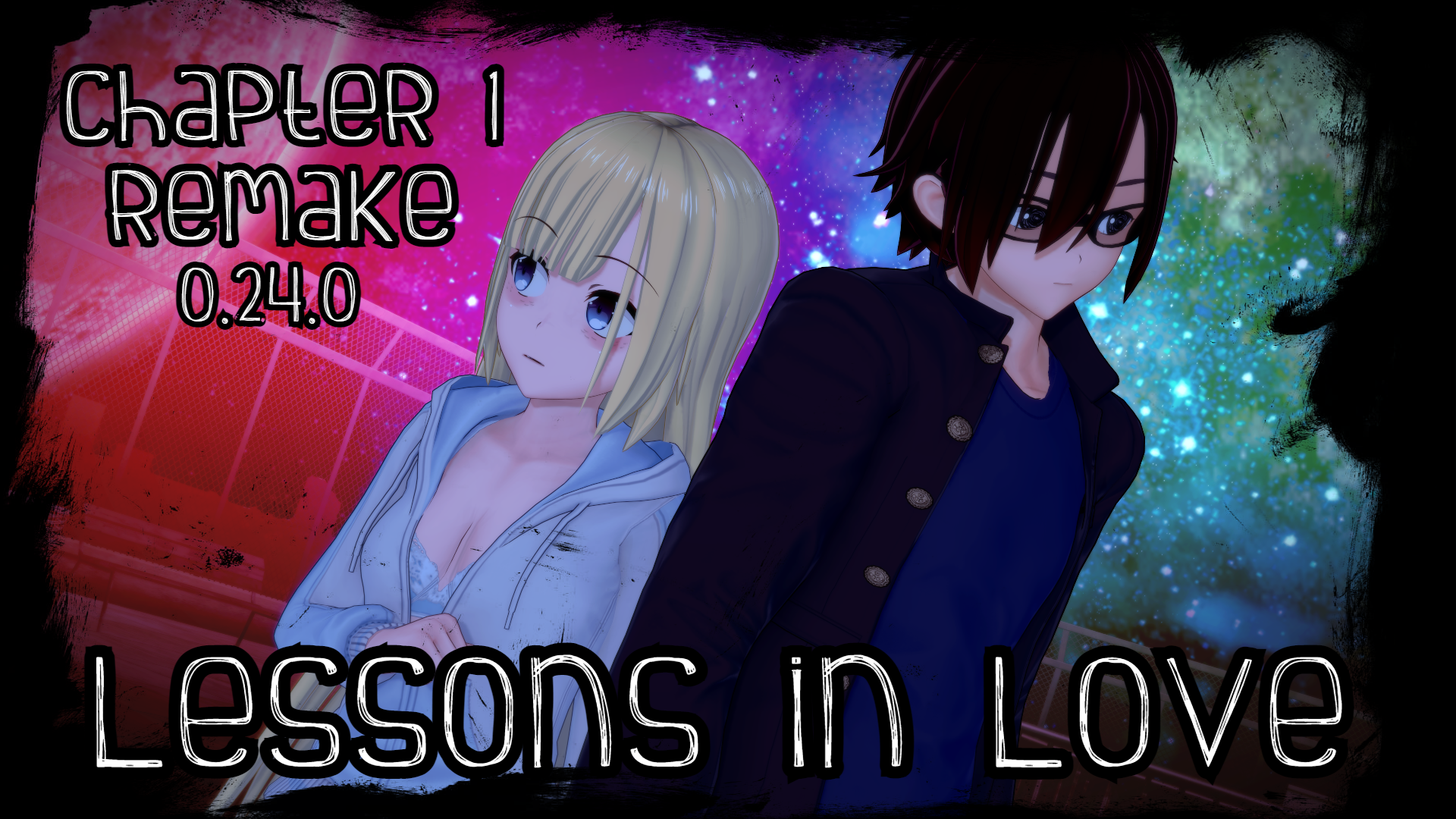 The largest update in Lessons in Love history has just gone live and is a near COMPLETE REMAKE of the game's first chapter. Almost every event in Chapter 1 has modified in some way.

This mega-update aims to fix all of the issues with pacing and overall quality that occurred from my clouded vision and lack of skill during the early phases of development.

I worked extremely hard on this and I hope you enjoy it.

For instant access to this update please consider subscribing on SubscribeStar or purchasing an Annual Game Pass off of my merch site.

This update will be uploaded to Itch on 8/1 for all non-subscribers to play.

It's definitely playable on Joiplay as there are a bunch of people currently using it, but I can't troubleshoot this for you as I don't own an Android device. There's a tech support channel on the Discord with people who can help you, though. Link is in the game bio.

Hello can someone tell me what the rework all did to the MC. The game is great I played a good bit of it but I kind of stopped after some events because the MC is just a bad person at times just want to know if it changed at all

The MC is a bad person and that's the point of him. Of course someone who takes advantage of his position to manipulate and sleep with girls of redacted age is a terrible, selfish, and unempathetic person. This is not going to change. The question you should be asking yourself is why you thought a person who would be willing to sleep with these people could ever be an upright person in the first place.

45 days in, and the rework really classed up his relationship with Ayane. He doesn't get a BJ in either the bathroom or the counseling office events, and in "Operation Fallen Angel", rather it turning sexual, the nurse office event ends in their first kiss, which is really beautifully written. If you didn't like the "free" Amy scene you get on the first day, the rework made it much better imo too.

And then there's the "This Town has Two Halves" event with Yumi. At least the choice I picked made him forcefully kiss her for a long time and left her crying, and... in my opinion that's the event that makes you drop LiL, and the event that makes LiL worth playing, at the same time! A fucked up masterclass you just have to witness. I found that whole event, from beggining to end, to be incredibly well written. MC is a bad person, but in it you see the two halves of this bad person, or rather, how the lustful beast that acts without considering anything gets in the way of the psycopath predator who methodically stalks and works his magic slowly.

So he's a bad person, but he's used for really interesting stuff!

I am absolutely loving the game so far! You did an excellent job with, well, everything. I love the weird, the fun, and the sexy. I can't wait to get deeper in ;). I feel I still have a lot to experience in this version.

One small thing I did notice is *spoiler* the first time giving Makoto a hand, she says she doesn't like to wear underwear when wearing leggings. In the repeated version of this scene, it says you pull down her leggings and her underwear goes with it. Just a tiny, no nonsense thing but I figured I'd let you know because I would want to if I were in your position.

If that is the only criticism, you must be doing well! Keep up the great work.

unrelated question here, but isit just me that I can't see the comments in the main page of this game? Ever since I tried editing a comment in the main page, The comments are all gone. I just want to fix it. Or join the discord I guess but that doesn't work either. Help?

The comments were removed a day or two before this post went up. I'm unsure if it was Selebus's doing or itch's doing, but I do find it odd either way.

Yeah it is selebus's doing cause comments are there on the other games itch page.

Thanks for letting us know that Sana canonically played subahibi

thank you for giving my life purpose again

Thanks for this cause now I have an excuse to restart from the beginning and fix Rin's storyline.

~1 year of work completed in a few months. Absolute chad.